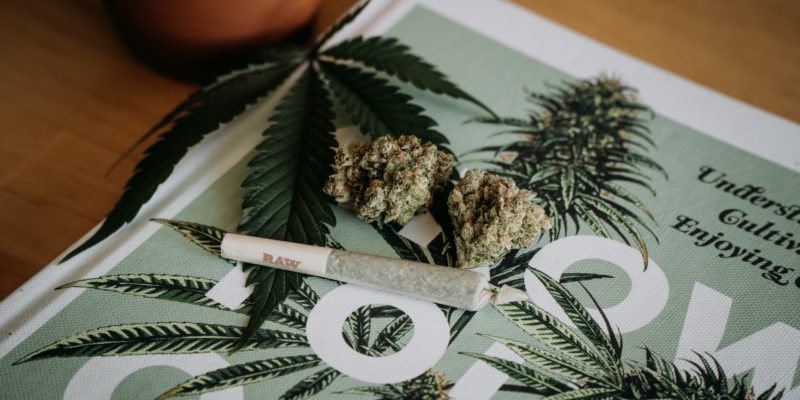 After the decriminalisation of cannabis in South Africa, cannabis clubs opened for business. They filled a gap in the market – getting people high-quality cannabis legally and safely.

The cannabis club model has been around for much longer than just in South Africa.

We’ll also highlight the similarities and differences between South African cannabis clubs, like us at C3, and the cannabis social clubs in Europe.

What are Cannabis Social Clubs?

In many ways, European cannabis social clubs (CSCs) are very similar to cannabis clubs in South Africa. CSCs operate as not-for-profit entities and fall under a specific legal cultivation and distribution model of cannabis for adults.

They are professionally run businesses that oversee the cultivation, transport, and distribution of cannabis to paying members intended for personal use. This seems familiar, right?

Cannabis social clubs can only legally operate in nations where cannabis possession and consumption have been decriminalized. Adults can join as members after completing the application process and paying the club’s membership subscription.

The quantity of cannabis supplied to the clubs’ members varies from country to country and largely depends on each nation’s legal frameworks concerning cannabis consumption, possession, and cultivation.

Unlike C3, European CSCs have a physical location where members collect their cannabis grown by the club. Like being a member of C3, cannabis social clubs exclusively grow cannabis for members on a scale that accommodates personal consumption of cannabis.

Most European CSCs grow cannabis collectively and usually rely on members to cultivate members’ plants. The costs associated with growing the club’s cannabis are shared between all the members.

So when exactly did the first CSC open? Well, just like many things cannabis-related, the information regarding this is hazy.

Existing reports suggest that the first cannabis social clubs first opened in Spain during the 1990s. This type of cannabis supply model originated as a way of challenging Spain’s prohibitionist stance against cannabis.

Today, Spain has the largest concentration of CSCs, ranging between 800 and 1000, with clubs mostly clustered in Catalonia.

In 2005, Spanish CSCs started opening as a concept of the non-government organization, the European Coalition for Just and Effective Drug Policies (ENCOD).

While the number of CSCs in Belgium is small compared to Spain, both nations have had the most prolonged operational CSCs in Europe. However, CSCs are not limited only to Spain and Belgium but have spread throughout Europe.

For simplicity, we’re going to focus on CSCs in Spain and Belgium because they have been established since the CSC model’s inception in the late 1990s to early 2000s and operate under different circumstances.

In Spain, there isn’t a national regulatory framework that is directly applicable to CSCs. The commercial exploitation of cannabis is illegal. However, Spanish CSCs operate on two conditions.

Spanish CSCs can offer members up to 90 grams of cannabis per month, with most CSCs allowing members to smoke cannabis at the CSC premises.

In Belgium, the possession or cultivation of cannabis is still a criminal offense. However, the Belgian government assigned cannabis to the lowest priority level to prosecution cases, allowing up to 3 grams of possession or one cannabis plant.

According to the Belgian government, these quantities of cannabis are allowed because they don’t cause a disturbance to public order.

Belgian CSCs argue that they can collectively grow cannabis for paying members if the operation doesn’t cause a public nuisance by abiding by the one plant limit for each member. Most CSCs in Belgium provide 10 to 30 grams per month for each member.

The Purpose of Cannabis Social Clubs

The primary purpose of European CSCs (and cannabis clubs in South Africa) is to provide a safe and legal way to get high-quality cannabis each month. This means members don’t have to rely on the black market to get their cannabis.

The physical locations of CSCs also act as a community gathering place, allowing members to meet like-minded people and promote legal cannabis use.

In general, all forms of cannabis clubs can weaken the reliance on the illegal trade of cannabis because clubs offer a reliable and convenient supply of cannabis to members.

Do European Cannabis Social Clubs Have to Adhere to Regulations?

Currently, there is no national European legal framework for CSCs. However, to fill this void, the European Coalition for Just and Effective Drug Policies (ENCOD) issued a code of conduct for CSCs.

In this code of conduct, each member must receive a value card with units, according to their credit. Members’ cards have maximum monthly and yearly limits. Members can’t resell the cannabis received from CSCs and must ensure the cannabis isn’t used by minors.

The primary issue with this “code of conduct” is that it isn’t mandatory, and it’s unknown how many CSCs actually follow these guidelines. Historically, CSCs have been controversial because the European Monitoring Centre for Drugs and Addiction (EMCDDA) has labelled them as a model of cannabis supply and distribution, but national authorities don’t recognise this model in Europe.

It’s safe to say that the CSC model is nuanced, because nations that have decriminalised cannabis have different policies towards the consumption, possession, and cultivation of cannabis for personal use. This ultimately affects how the clubs can operate and how the clubs are structured.

An excellent example of this is Portugal, where all drug use has been decriminalised. In contrast to other European nations that have decriminalised cannabis, Portugal views the cultivation of cannabis of any amount as a criminal offense. This rules out any legal way CSCs can operate in Portugal and highlights the role legal frameworks play in the feasibility of cannabis social clubs.

Can Anyone Become a Member?

Some clubs will allow you to sign-up online; others may require a current member to endorse you to the club. Among the many other potential membership requirements, including whether you’re a regular cannabis user, CSCs have to ensure all members are above 18 years of age.

When visiting the cannabis social club’s location, members can’t bring guests (unless the guest is applying to become a member), as there is a strict “no guests” policy.

The relationship between cannabis and the law is just as uncertain in Europe as in South Africa. Cannabis laws in many nations are changing fast, but the laws are often vague, which means cannabis social clubs often float around in the grey area of the law.

Some CSCs operate without issues, but others run into serious legal problems; it all depends on the country’s legal framework for cannabis.

There’s no doubt that CSCs influenced the emergence of South Africa’s cannabis clubs, but South African cannabis clubs are distinctly different in some areas. A primary difference with Cape Cannabis Club is that it doesn’t have a physical location which doesn’t quite make us a social club.

Instead, we conduct operations online and pride ourselves on giving members discrete and timely access to their cannabis. Another key difference is our streamlined joining process. We want to make accessing high-quality cannabis as easy as possible. As long as you’re older than 18, you’re in!

While the two concepts of cannabis clubs differ in various ways, both operate in a climate of uncertainty, which is very challenging. We believe that the fight will be worth it in the end, and all forms of cannabis clubs will operate just like any other tax-paying business.

Should you one day find yourself living in a cannabis-friendly European country, we’d highly recommend joining a cannabis social club. The experience will be more intimate, but it’s always worth having your private weed stash for any occasion.