Using CBD and THC Together

Have you ever considered using CBD and THC Together? Over the last few years you’ve probably noticed an explosion of Cannabidiol (‘CBD’) in South Africa. You can find these products almost anywhere, from CBD oil, topical creams and CBD-infused water to name just a few. But here’s the catch: for these products to be legally sold over the counter to consumers, they must contain less than 0.001% Tetrahydrocannabinol (‘THC’), and less than 600mg of CBD per product.

Don’t get us wrong, we’re all for CBD’s health benefits. However, did you know that the advantages of using CBD are highest when used in conjunction with THC, and vice versa? Luckily for you, when C3 reopens, you will be able to choose from strains that contain combinations of CBD and THC to be grown on your behalf, such as Blue Dream CBD.

Sounds interesting? Below we will explain the differences between CBD and THC, their relationship with each other, and how they work together. We will also introduce CBG, a cannabinoid that’s rising in popularity.

What’s the Difference Between CBD and THC?

CBD (Cannabidiol) and THC (Tetrahydrocannabinol) are cannabinoids found in the cannabis plant. Both interact with our endocannabinoid system, which forms part of our central nervous system.

When we consume cannabis, cannabinoids interact with CB1 receptors within our central nervous system. However, CBD and THC interact differently with these receptors, which is why they affect us differently.

CBD is unable to bind with the CB1 receptors, making it non-psychoactive. In contrast, THC can bind with these receptors, which give users the “high” sensation cannabis is famous for.

THC is able to produce a euphoric sensation by mimicking anandamide, which is an endocannabinoid neurotransmitter in our bodies. Anandamide is responsible for naturally inducing a sense of bliss.

The Relationship Between CBD and THC

As mentioned above, CBD and THC are found in cannabis. However, a high THC strain doesn’t necessarily mean there will be high CBD levels. This is because the relationship between CBD and THC is inversely proportional. In other words, a strain with high THC will have low levels of CBD, and vice versa.

Over the past few decades cannabis breeders were solely focused on creating strains with high THC levels. This essentially bred out CBD from many of the strains we love today. Only once the medicinal benefits of CBD became well known was there an effort to cultivate strains high in CBD.

Thankfully now, we can now enjoy the benefits of THC and CBD together. This is exciting because when cannabinoids are integrated, the medicinal benefits are enhanced, which is known as the ‘entourage effect’.

How the Entourage Effect Works

Using these cannabinoids together creates new properties that aren’t present when you only consume THC or CBD. When combined, the effects of both cannabinoids are magnified, which expands the menu of therapeutic uses.

CBD has a significant influence on THC when consumed together. Smoking strains that have both of these cannabinoids means you’ll not only enjoy the benefits of CBD, but also enhanced THC effects. CBD does this by moderating the binding activity of THC with the CB1 receptors.

While more research is required to better understand this relationship, there is mounting evidence to confirm that the presence of CBD with THC in cannabis products has enhanced medicinal properties.

A study from 2018 found that pure CBD extracts were significantly less effective at reducing the frequency of seizures in epilepsy patients than extracts containing CBD and THC. Another clinical trial focused on Sativex, a prescribed medication that contains a mixture of THC and CBD. In this study, Sativex and a placebo (only containing THC extract) was given to cancer patients for pain relief.

Results showed that Sativex was twice as effective as the placebo. Even though the THC content in both preparations was identical, the presence of CBD increased the effectiveness for treating pain relief. The researchers concluded that CBD’s interaction with THC increased the pain-killing potency of the THC.

Furthermore, while CBD and THC are cannabis’ most famous compounds, many other cannabinoids may also influence the effects of a strain. However, there is limited research exploring the role these cannabinoids play.

That being said, the small body of research is supported by an abundance of anecdotal evidence from cannabis users experimenting with varieties of cannabis. One such cannabinoid that is becoming more popular is CBG.

The Rise of CBG

CBG (Cannabigerol) is a cannabinoid that has seen a rise in popularity due to its promising medicinal properties, but it’s produced in much smaller quantities than other cannabinoids. Strains that have moderately high THC and CBD levels may only contain up to 1% CBG.

Due to its potential health benefits, new strains are being created to increase CBG’s potency. Similar to CBD, CBG isn’t psychoactive, and while the research on this compound may be scant, evidence to suggest its effectiveness is building.

Studies conducted on animals have indicated that CBG may be an effective medical treatment for pain relief, Inflammatory Bowel Disease, Glaucoma, Huntington’s Disease, and reducing cancer cell growth. However, more concrete evidence is required before this cannabinoid can be used as a treatment for humans.

CBG also interacts with our endocannabinoid system differently to CBD. It can bind with CB1 and CB2 receptors, meaning that it may be better suited to delivering medicinal benefits into our systems than CBD.

The difficulty of producing CBG makes it scarcer than THC and CBD, which obviously makes it more expensive. The implications of this means that manufacturers prefer producing CBD instead. However, as more research explores better production methods, we will likely see greater availability of CBG in years to come. 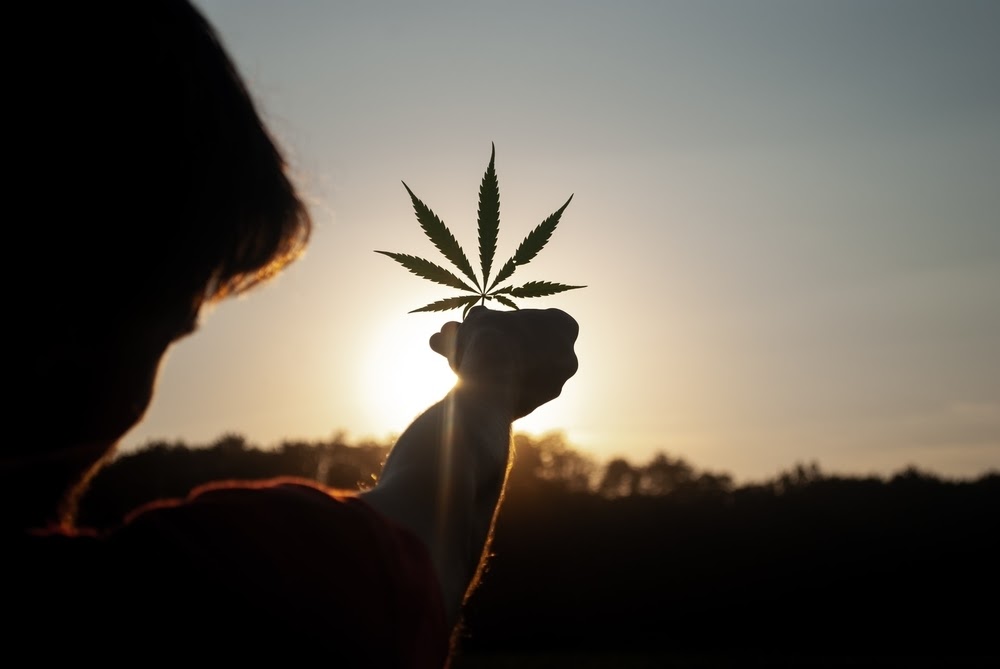 Final Thoughts on Using CBD and THC Together

As the benefits of using CBD and THC together are becoming more recognised worldwide, cannabis enthusiasts can now enjoy new strains that give them the best of both worlds.

This of course is just the tip of the iceberg, as we’ll very likely see more cannabinoids, like CBG, having a stronger presence within the cannabis industry in the foreseeable future.

All in all, we believe that using CBD with THC offers you unique effects that aren’t present in pure THC, or CBD strains. So, when you get the chance to smoke a strain containing both cannabinoids, give it a try. You won’t regret it!